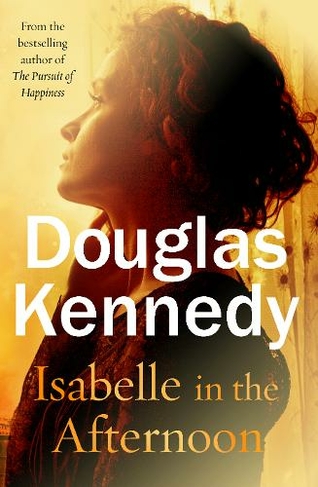 Isabelle in the Afternoon

Before Isabelle I knew nothing of sex. Before Isabelle I knew nothing of freedom. Before Isabelle I knew nothing of life. Paris in the early Seventies. Sam, an American student, meets a woman in a bookshop. Isabelle is enigmatic, beautiful, older and, unlike Sam, experienced in love's many contradictions. Sam is instantly smitten - but wary of the wedding ring on her finger. What begins as a regular arrangement in Isabelle's tiny Parisian apartment transforms into a true affair of the heart, and one which lasts for decades to come. Isabelle in the Afternoon is a novel that questions what we seek, what we find, what we settle for - and shows how love, when not lived day in, day out, can become the passion of a lifetime. 'The absolute master of love stories with heart-stopping twists' THE TIMES 'Kennedy is skilled at zigzag plotting, blending domestic twists with turns created by global affairs' OBSERVER

Douglas Kennedy's previous twelve novels include the critically acclaimed bestsellers The Big Picture, The Pursuit of Happiness, A Special Relationship and The Moment. He is also the author of three highly-praised travel books. The Big Picture was filmed with Romain Duris and Catherine Deneuve; The Woman in the Fifth with Ethan Hawke and Kristin Scott Thomas.His work has been translated into twenty-two languages. In 2007 he was awarded the French decoration of Chevalier de l'Ordre des Arts et des Lettres, and in 2009 the inaugural Grand Prix de Figaro. Born in Manhattan in 1955, he has two children and currently divides his time between London, Paris, Berlin, Maine and New York.