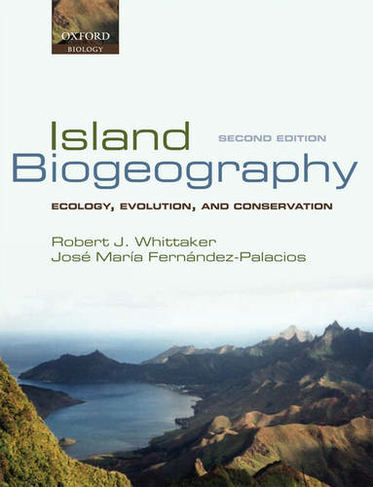 Island biogeography is the study of the distribution and dynamics of species in island environments. Due to their isolation from more widespread continental species, islands are ideal places for unique species to evolve, but they are also places of concentrated extinction. Not surprisingly, they are widely studied by ecologists, conservationists and evolutionary biologists alike. There is no other recent textbook devoted solely to island biogeography, and a synthesis of the many recent advances is now overdue. This second edition builds on the success and reputation of the first, documenting the recent advances in this exciting field and explaining how islands have been used as natural laboratories in developing and testing ecological and evolutionary theories. In addition, the book describes the main processes of island formation, development and eventual demise, and explains the relevance of island environmental history to island biogeography. The authors demonstrate the huge significance of islands as hotspots of biodiversity, and as places from which disproportionate numbers of species have been extinguished by human action in historical time. Many island species are today threatened with extinction, and this work examines both the chief threats to their persistence and some of the mitigation measures that can be put in play with conservation strategies tailored to islands. 104 line drawings and tables