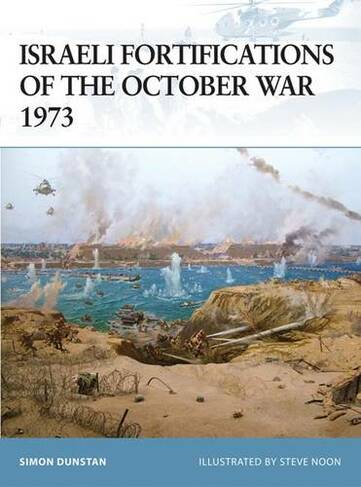 Israeli Fortifications of the October War 1973: (Fortress No. 79)

The Bar Lev Line along the Suez Canal was born out of the overwhelming victory of the Israel Defence Forces (IDF) in the Six Day War of 1967. Devastated by their defeat, the Egyptian army bombarded Israeli positions, causing many casualties. Accordingly, the IDF Chief of Staff, General Haim Bar-Lev, ordered the construction of a series of fortified positions named the Bar Lev Line. Each position was surrounded by barbed wire and minefields and virtually immune to strikes by artillery shells and even 500kg bombs. On 6 October 1973, Yom Kippur, the positions were manned by just 436 reservists when the Egyptian Second and Third Armies launched a massive offensive along the Suez Canal. The positions were quickly cut off from the supporting elements, and the Israeli defenders paid a high price with a casualty rate of almost 50 per cent. Despite these losses, it was not the Bar Lev Line that failed but Israel's military and political establishment, which realised Arab intentions too late. Illustrations

Simon Dunstan is a well-established author, film-maker and photographer in the field of military history, with several titles already published with Osprey. He specializes in armored warfare, and has written on this subject for two decades. His books have covered topics such as helicopter and armoured warfare in Vietnam, the Challenger main battle tank, the British Guards and armored warfare in Korea. The author lives in London, UK.