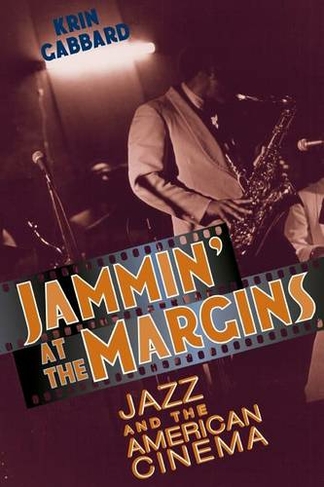 Jammin' at the Margins Jazz and the American Cinema New edition

American cinema has long been fascinated by jazz and jazz musicians. Yet most jazz films aren't really about jazz. Rather, as Krin Gabbard shows, they create images of racial and sexual identity, many of which have become inseparable from popular notions of the music itself. In this work, Gabbard scrutinizes these films, exploring the fundamental obsessions that American culture has brought to jazz in the cinema. Gabbard's close look at jazz film biographies, from "The Jazz Singer" to "Bird", reveals Hollywood's reluctance to acknowledge black subjectivity. Black and even white jazz artists have become vehicles for familiar Hollywood conceptions of race, gender and sexuality. Even Scorsese's "New York, New York" and Spike Lee's "Mo' Better Blues" have failed to disentangle themselves from entrenched stereotypes and conventions. Gabbard also examines Hollywood's confrontation with jazz as an elite art form, and the role of the jazz trumpet as a crucial signifier of masculinity. Finally, he considers the acting careers of Louis Armstrong, Nat King Cole and Hoagy Carmichael; Duke Ellington's extraordinary work in films from 1929 until the late 1960s; and the forgotten career of Kay Kyser, star of nine Hollywood films and leader of a popular swing band. 20 halftones

Krin Gabbard is professor of comparative literature and English at the State University of New York at Stony Brook and an amateur trumpet player.