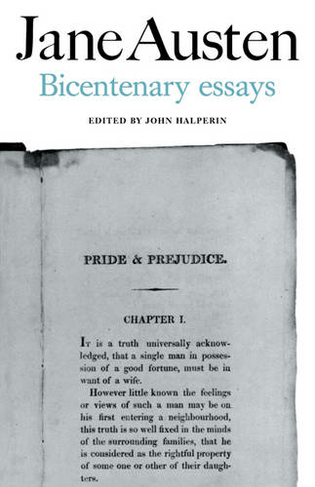 This book was first published in 1975, the bicentenary of Jane Austen's birth. Though she has long been recognized as one of the major English novelists her reputation was established relatively late and has withstood periods of neglect and controversy. The present volume brings together nineteen essays that marked the bicentenary and in doing so reflected the critical attitudes which some of the twentieth century's most influential scholars have entertained towards the novelist. These essays range from nineteenth-century reactions to the novels and to the novelist herself, through twentieth-century criticism of the individual novels, to considerations of the novelist's reputation abroad. This book will be of interest both to scholars and students of eighteenth- and nineteenth-century fiction and also to the general reader of Jane Austen's novels. Worked examples or Exercises