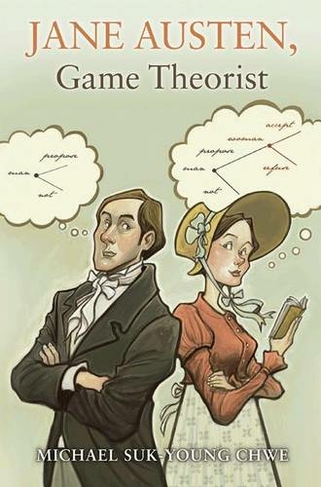 Game theory--the study of how people make choices while interacting with others--is one of the most popular technical approaches in social science today. But as Michael Chwe reveals in his insightful new book, Jane Austen explored game theory's core ideas in her six novels roughly two hundred years ago. Jane Austen, Game Theorist shows how this beloved writer theorized choice and preferences, prized strategic thinking, argued that jointly strategizing with a partner is the surest foundation for intimacy, and analyzed why superiors are often strategically clueless about inferiors. With a diverse range of literature and folktales, this book illustrates the wide relevance of game theory and how, fundamentally, we are all strategic thinkers. Although game theory's mathematical development began in the Cold War 1950s, Chwe finds that game theory has earlier subversive historical roots in Austen's novels and in "folk game theory" traditions, including African American folktales. Chwe makes the case that these literary forebears are game theory's true scientific predecessors. He considers how Austen in particular analyzed "cluelessness"--the conspicuous absence of strategic thinking--and how her sharp observations apply to a variety of situations, including U.S. military blunders in Iraq and Vietnam. Jane Austen, Game Theorist brings together the study of literature and social science in an original and surprising way. 5 line illus. 9 tables.

Michael Suk-Young Chwe is associate professor of political science at the University of California, Los Angeles, and the author of Rational Ritual: Culture, Coordination, and Common Knowledge (Princeton).