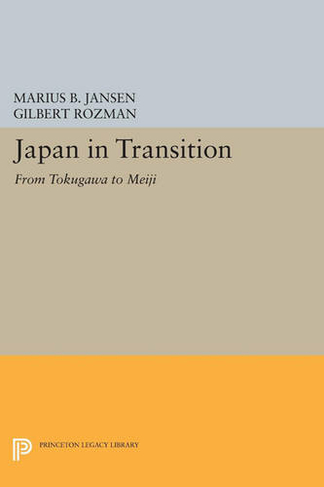 Japan in Transition: From Tokugawa to Meiji (Princeton Legacy Library)

In this book social scientists scrutinize the middle decades of the nineteenth century in Japan. That scrutiny is important and overdue, for the period from the 1850s to the 1880s has usually been treated in terms of politics and foreign relations. Yet those decades were also of pivotal importance in Japan's institutional modernization. As the Japanese entered the world order, they experienced a massive introduction of Western-style organizations. Sweeping reforms, without the class violence or the Utopian appeal of revolution, created the foundation for a modern society. The Meiji Restoration introduced a political transformation, but these chapters address the more gradual social transition. Originally published in 1986. The Princeton Legacy Library uses the latest print-on-demand technology to again make available previously out-of-print books from the distinguished backlist of Princeton University Press. These editions preserve the original texts of these important books while presenting them in durable paperback and hardcover editions. The goal of the Princeton Legacy Library is to vastly increase access to the rich scholarly heritage found in the thousands of books published by Princeton University Press since its founding in 1905.