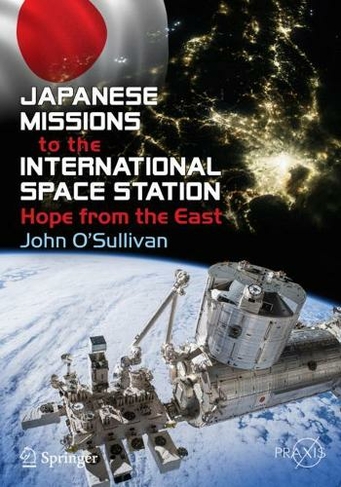 Japan has a rich history of human spaceflight, flying in space with both NASA and the Soviet/Russian space agencies over the years. This book tells the story of the JAXA astronauts who have visited the International Space Station and how they have lived on board, helped construct the space laboratory and performed valuable scientific experiments. JAXA has contributed the largest single module to the ISS: the Kibo (Hope) science laboratory with its Logistics Module, Exposed Facility and robot arm. JAXA supplies the station with cargo and supplies on its automated cargo spacecraft, the H-II Transfer Vehicle (HTV), but it is the human endeavour that captures the imagination. From brief visits to six-month expeditions, from spacewalking to commanding the Earth's only outpost in space, JAXA astronauts have played a vital role in the international project. Extensive use of colour photographs from NASA and JAXA depicting the experiments carried out and the phases of the ISS construction, together with the personal stories of the astronauts' experiences in space, highlight the crucial part the Japanese have played in human spaceflight. 149 Illustrations, color; XXIV, 311 p. 149 illus. in color.

John O'Sullivan BE, Dip Phys Sci, Dip PM, CEng MIEI, PMP, FSP,CMSE (R) studied Electrical Engineering at University College Cork. He has over 20 years' experience in the automation and control sector delivering solutions to the life-science industry in Ireland. He is a Chartered Engineer with Engineers Ireland, a Project Management Professional with the Project Management Institute and a certified Functional Safety Professional. He has always had a fascination with aviation and space, leading him to gain his PPL in 2003 and to study Astronomy and Planetary Science with the Open University. Since 2010 he has been awarded a Certificate in Astronomy and Planetary Science and a Diploma in Physical Science by the OU, as well as a Diploma in Project Management from the Cork Institute of Technology. He was an unsuccessful candidate for the ESA Astronaut Corps in 2008.He wrote his first book, In the Footsteps of Columbus, European Missions to the International Space Station, published in 2016. He has also had articles published in BIS Spaceflight magazine and in Engineers Ireland's Engineers Journal.