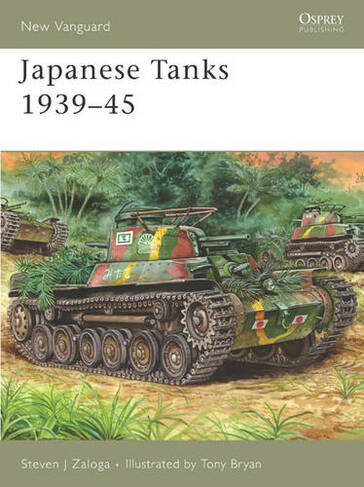 Contrary to popular belief, the Japanese Army widely employed tanks within the Pacific theater of war. This title details their key role in the conquests of Singapore and Malaya, as well as their later use in Burma, Saipan, and the Philippines, including in the amphibious assault of Corregidor. The tanks were developed against the odds, with the tank program often being neglected to pursue the popular warship development. Their use in the most difficult of terrain is a testament to their ingenuity. Steven J Zaloga's book offers a rare insight into a largely overlooked subject and is rich with photographs and artwork, providing a wonderful resource for the construction and design of these fascinating tanks. Illustrations (some col.)

Steven J Zaloga received his BA in history from Union College and his MA from Columbia University. He has worked as an analyst in the aerospace industry for over two decades, covering missile systems and the international arms trade, and has served with the Institute for Defense Analyses, a federal think-tank. He is the author of numerous books on military technology and military history, with an emphasis on the US Army in World War II, Russia and the former Soviet Union. The author lives in Abingdon, Maryland.