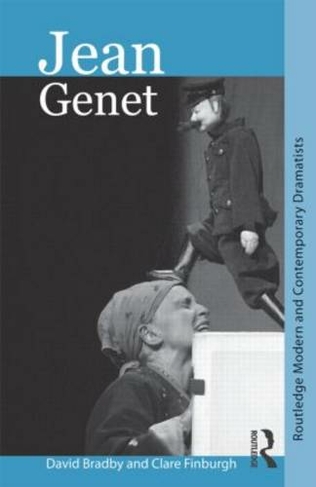 Also available on eBook for £21.23. Click here to purchase from Rakuten Kobo

'This volume is a gem. Written by two experts in modern French theater, whose stated objective is to render the complexity of Genet's work exhilarating rather than intimidating, the book bears witness to the continued political relevance and artistic power of one of the most controversial and influential authors of the 20th century.' - CHOICE Outstanding Academic Title for 2012 Jean Genet's significance within twentieth-century theatre has long been understated. This timely book, the only introductory text in English to Genet's plays in production, presents an overview of an influential and controversial writer whose work prefigured many recent postmodern and post-colonial developments in theatre and performance studies. The volume offers philosophical, historical, political and aesthetic readings of Genet's plays in order to render the complexity of his theatre exhilarating, rather than intimidating. It goes on to explore ways in which different directors, designers and actors have approached his writing. A spectrum of productions spanning 60 years, from 1947 to 2007, illustrates the sheer range of theatrical styles that Genet's texts inspire. Reflecting on his early life and later political activism as well as the key plays, David Bradby and Clare Finburgh provide a comprehensive discussion of a playwright and theorist whose work caused riots in France, and whose writing represents a unique synthesis of life and art.

David Bradby was Emeritus Professor of Drama and Theatre Studies at Royal Holloway. He was the UK's leading specialist in modern French theatre, writing several seminal works on the subject, including Le Theatre en France (2007) and Modern French Drama (1984, 1991). He was also a prolific translator of French dramatists, including Michel Vinaver and Bernard-Marie Koltes.Clare Finburgh is Senior Lecturer in Modern Drama at the University of Essex. She has co-edited Genet: Performance and Politics (with Carl Lavery and Maria Shevtsova, 2006) and Contemporary French Theatre and Performance (with Carl Lavery, 2011). She has published many articles on Genet, and a range of contemporary French and Francophone theatre-makers including Valere Novarina, Noelle Renaude and Kateb Yacine.