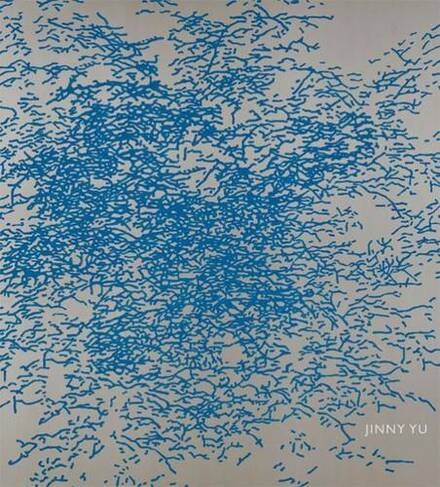 This catalogue raisonne by artist Jinny Yu is the first collection of Yu's paintings, covering the past ten years of her practice. Three critical essays by Antonio Foscari, Edith-Anne Pageot, and Emily Falvey explore and contextualize her work. There is a special emphasis throughout on the new series "Story of a Global Nomad", exhibited in February and March 2008 at Art Mur gallery, Montreal. This series explores the idea of the nomad, which echoes Yu's understanding of the artist as migratory, with the ability to shift between contexts, boundaries, and identities. Two visual systems preside over most of the series: a patterned underlay, which appears to be static, and an overlay that appears to convolute, distort, and haphazardly foray among the structured patterns below. "Story of a Global Nomad" is an invocation of the problematic nature of definition within a universal narrative. Ultimately, nomadism must understand itself within a system, and therefore is no more outside, or inside, a place than another - Adapted from a text by Michael Rattray.

Jinny Yu is assistant professor in the Department of Visual Arts at the University of Ottawa. Currently represented by Art Mur gallery in Montreal, her paintings are also found in the Collection Pret d'oeuvre d'art du Musee National des Beaux-Arts du Quebec.