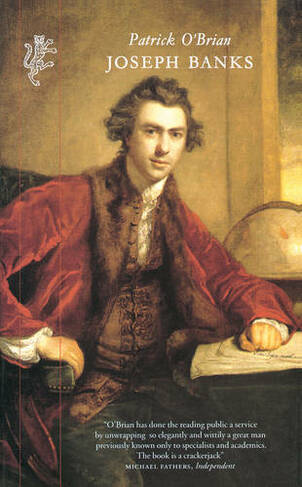 Sir Joseph Banks, botanist, explorer, President of the Royal Society and one of Australia's founding fathers, was among the most influential figures of the eighteenth and nineteenth centuries. As a young man he accompanied Captain Cook on his voyage of discovery to Australia, in later years he was instrumental in establishing Kew Gardens as the greatest botanical centre in the world and he knew just about everybody who mattered in the scientific circles of the time. Patrick O'Brian's masterly biography draws on much hitherto unpublished material. Far from being the colossus of science traditionally imagined, Joseph Banks emerges here as a warm-hearted enthusiast whose legacy survives not only in the record of his botanizing in the South Seas but in the development of the Australian continent and in the tenor and tradition of subsequent scientific inquiry.

Patrick O'Brian's oeuvre includes the magnificent Aubrey and Maturin novels about the British navy during the Napoleonic Wars, a biography of Picasso, and distinguished translations of Simone de Beauvoir, Andre Maurois and Jacques Soustelle. Patrick O'Brian was born in 1914 and spent his later years in France. He died in January 2000.