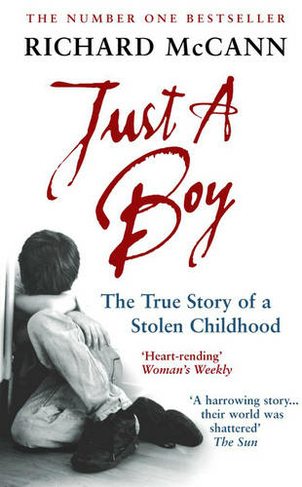 Just A Boy The True Story Of A Stolen Childhood

One October night in 1975 Richard, aged five, was alone in the house with his three sisters. It was 3am and their mother hadn't come home yet. Next morning, the police arrived to take the children away. Their mother had become the first victim of a serial killer soon to become known as the 'Yorkshire Ripper'. Passed from one violent home to another, the children were forgotten by all except the press. As the salacious headlines multiplied, Richard and his sisters were never able to recover from their mother's murder. Whilst Richard tried to handle the terror of his violent upbringing, his sister struggled to deal with memories of sexual abuse. Without love or support they spiralled away from help or happiness. Then one day Richard McCann, having reached suicidal rock bottom, decided no one was going to rescue their lives but him. It was the beginning of an inspirational transformation. Now he is able to tell the story of how the forgotten children of violence suffer, and how they can heal. A heartbreaking, uplifting story of survival and hope.

Richard McCann lives in Leeds. Since finishing his first book he has been studying how families can survive and recover after trauma, while also becoming a Samaritan and working for the Youth Offending Service. He is also involved in SAMM (Support after Murder and Manslaughter) and inspires audiences around the UK. He is currently studying for a degree in Social Policy at Leeds University and working on his next book. www.richardmccann.co.uk