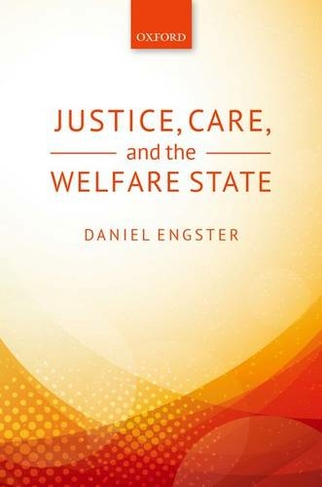 Justice, Care, and the Welfare State

Western welfare states are in a period of significant transition. Changes in the nature of work and the family, the growing elderly population, and other developments over the past fifty years have rendered existing welfare policies largely out-of-step with economic and social conditions. While welfare state reform clearly raises important questions about justice and social policy, political philosophers have been slow to address it. Justice, Care, and the Welfare State takes up the important task of developing a theory of justice to guide contemporary welfare state reform. Applying normative political philosophy to public policy issues, it addresses questions such as: What role, if any, should states play in supporting families? Should the state support national health care and, if so, why and in what form? What does society owe to the elderly? What role should welfare states play in supporting disabled people? What obligations does the state have toward the poor? As distinct from many works of political philosophy, Justice, Care, and the Welfare State draws on empirical data about the populations and circumstances of existing Western societies and offers concrete policy advice for reforming welfare policies. Noting that many of the challenges confronting people in post-industrial societies involve issues of care, Engster draws on a public ethics of care to develop his theory of welfare state justice, outlining specific policy proposals in the areas of the family, education, health care, old age pensions and long-term care, disability, and poverty and unemployment. The book offers important insights into how Western welfare states can be reformed in light of recent economic and social changes in order better to promote justice. It should be of interest to political philosophers, welfare state scholars, public policy analysts, and others interested in thinking about contemporary policy reform and justice.

Daniel Engster is an Associate Professor of Political Science at the University of Texas at San Antonio. His books include The Heart of Justice: Care Ethics and Political Theory (Oxford: Oxford University Press, 2007); Justice, Politics, and the Family, co-edited with Tamara Metz, (Boulder: Paradigm Publishing, 2014); and Care Ethics and Political Theory co-edited with Maurice Hamington (Oxford University Press, forthcoming 2015). He haspublished articles on care ethics and animal welfare, public policy and parenting, and other issues relating to care ethics, the family, and justice.