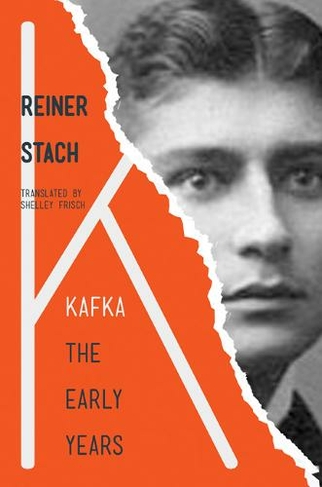 How did Kafka become Kafka? This eagerly anticipated third and final volume of Reiner Stach's definitive biography of the writer answers that question with more facts and insight than ever before, describing the complex personal, political, and cultural circumstances that shaped the young Franz Kafka (1883-1924). It tells the story of the years from his birth in Prague to the beginning of his professional and literary career in 1910, taking the reader up to just before the breakthrough that resulted in his first masterpieces, including "The Metamorphosis." Brimming with vivid and often startling details, Stach's narrative invites readers deep inside this neglected period of Kafka's life. The book's richly atmospheric portrait of his German Jewish merchant family and his education, psychological development, and sexual maturation draws on numerous sources, some still unpublished, including family letters, schoolmates' memoirs, and early diaries of his close friend Max Brod. The biography also provides a colorful panorama of Kafka's wider world, especially the convoluted politics and culture of Prague. Before World War I, Kafka lived in a society at the threshold of modernity but torn by conflict, and Stach provides poignant details of how the adolescent Kafka witnessed violent outbreaks of anti-Semitism and nationalism. The reader also learns how he developed a passionate interest in new technologies, particularly movies and airplanes, and why another interest--his predilection for the back-to-nature movement--stemmed from his "nervous" surroundings rather than personal eccentricity. The crowning volume to a masterly biography, this is an unmatched account of how a boy who grew up in an old Central European monarchy became a writer who helped create modern literature. 32 b/w illus.

Reiner Stach worked extensively on the definitive edition of Kafka's collected works before embarking on his three-volume biography of the writer. The other volumes are Kafka: The Decisive Years and Kafka: The Years of Insight (both Princeton). Shelley Frisch's translations of those volumes were awarded the Modern Language Association's Aldo and Jeanne Scaglione Prize and the Helen and Kurt Wolff Translator's Prize. Her many other translations from the German include Karin Wieland's Dietrich & Riefenstahl, a finalist for the 2016 National Book Critics Circle Award.