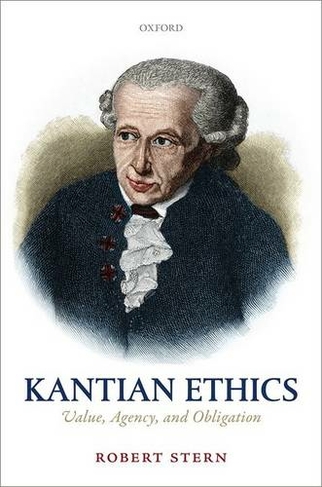 Also available on eBook for £51.95. Click here to purchase from Rakuten Kobo

This volume presents a selection of Robert Stern's work on the theme of Kantian ethics. It begins by focusing on the relation between Kant's account of obligation and his view of autonomy, arguing that this leaves room for Kant to be a realist about value. Stern then considers where this places Kant in relation to the question of moral scepticism, and in relation to the principle of 'ought implies can', and examines this principle in its own right. The papers then move beyond Kant himself to his wider influence and to critics of his work, including Hegel, the British Idealists, and the Danish philosopher and theologian K. E. Logstrup, while also offering a comparison with William James's arguments for freedom. The collection concludes with a consideration of a broadly Kantian critique of divine command ethics offered by Stephen Darwall, arguing that the critique does not succeed. General themes considered in this volume therefore include value, perfectionism, agency, autonomy, moral motivation, moral scepticism, and obligation, as well as the historical place of Kant's ethics and its influence on thinkers up to the present day.

Robert Stern has been at the University of Sheffield since 1989, having been a graduate and Research Fellow at St John's College, Cambridge. He is the author of Hegel, Kant and the Structure of the Object (Routledge 1990), Transcendental Arguments and Scepticism (OUP, 2000), Hegel's 'Phenomenology of Spirit' (Routledge 2002), and Understanding Moral Obligation: Kant, Hegel, Kierkegaard (CUP, 2012), while a first collectionof his papers was published by Oxford University Press in 2009 under the title Hegelian Metaphysics.