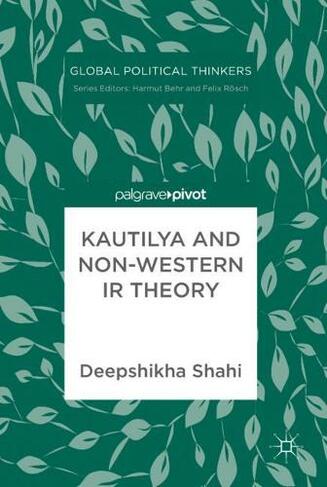 The ancient Indian text of Kautilya's Arthasastra comes forth as a valuable non-Western resource for understanding contemporary International Relations (IR). However, Kautilya's Arthasastra largely suffers from the problem of 'presentism', whereby present-day assumptions of the dominant theoretical models of Classical Realism and Neorealism are read back into it, thereby disrupting open reflections on Kautilya's Arthasastra which could retrieve its 'alternative assumptions' and 'unconventional traits'. This book attempts to enable Kautilya's Arthasastra to break free from the problem of presentism - it does so by juxtaposing the elements of continuity and change that showed up at different junctures of the life-history of both 'Kautilya's Arthasastra' and 'Eurocentric IR'. The overall exploratory venture leads to a Kautilyan non-Western eclectic theory of IR - a theory which moderately assimilates miscellaneous research traditions of Eurocentric IR, and, in addition, delivers a few innovative features that could potentially uplift not only Indian IR, but also Global IR. XI, 167 p.

Deepshikha Shahi is Assistant Professor of Political Science at the University of Delhi, India. She previously studied at the Centre for Global Cooperation Research/Kate Hamburger-Kolleg, University of Duisburg-Essen, Germany. She is the author of Advaita as a Global International Relations Theory.