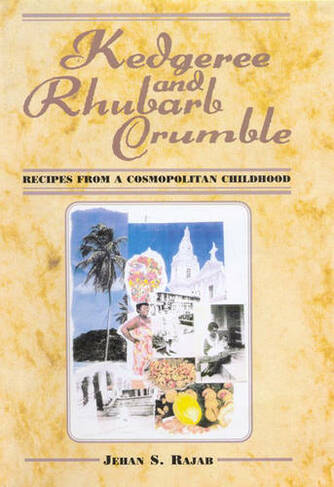 Kedgeree and Rhubarb Crumble Recipes from a Cosmopolitan Childhood

Jehan S. Rajab has produced an enchanting portrait of domestic life and cooking based on memories from a vanished world. As her parents moved from Brazil to Jamaica to the Cape Verde Islands to Portugal and on to Gibraltar, she observed her mother's culinary skills and has here collected the English colonial recipes for the dishes prepared by her mother. Her story--with the recipes she gathers along the way--follows her mother's passage through various imperial outposts. It ends with their evacuation from the Cape Verde Islands to wartime Britain. In this charming account, Rajab has combined her mother's recipes with the chronicle of a childhood from a forgotten world.

Jehan S. Rajab lives in Kuwait where she is the Director of the New English School.