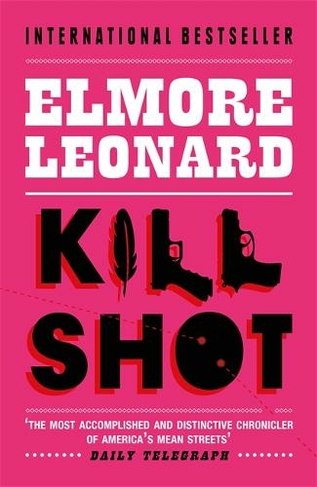 The King of Cool returns with another thrilling tale of crime capers. Arman 'The Blackbird' Degas is a professional hitman: one shot, one kill. But when he's carjacked by ex-con Richie Nix, he finds himself with a lethal partner. Nix is on his way to shake down a realtor and the Blackbird is along for the ride. But they don't count on Carmen and Wayne Colson getting in their way. Exposed as eyewitnesses, the Colsons are placed in witness protection but soon discover the program contains as many predators as the underworld they're hiding from. But can they outrun the Blackbird...?

Elmore Leonard was born in New Orleans on 11 October 1925. He wrote forty-five books during his phenomenal career, including the bestsellers Mr Paradise, Tishomingo Blues, Be Cool and The Hot Kid. Many have been made into successful movies, including Get Shorty with John Travolta, Out of Sight with George Clooney and Rum Punch, which became Tarantino's Jackie Brown. He is the recipient of the Cartier Diamond Dagger Award and the PEN USA Lifetime Achievement Award. He died on 20 August 2013 in Detroit.www.elmoreleonard.com