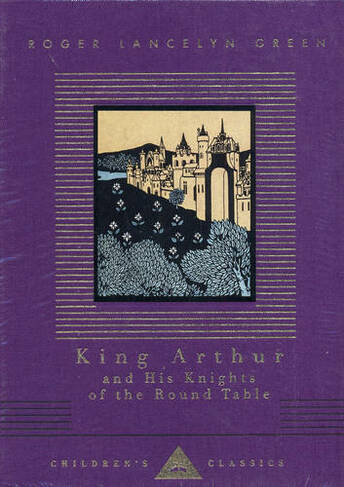 King Arthur And His Knights Of The Round Table

The legends of King Arthur - the most revered hero of British Mythology - have been retold many times, but Roger Lancelyn Green's version has become a classic since its first publication in 1953. Using as his sources not only Malory's MORTE D'ARTHUR but other chronicles, poems and romances, he has made each adventure of Arthur's knights part of an overall pattern - the struggle of Arthur's kingdom, the realm of Logress, the model of chivalry and right, against the barbarism and evil that surrounded and at length engulfed it. So here are the stories of the sword in the stone, of the Green Knight, of the fatal love between Launcelot and Guinevere, of the quest for the Holy Grail, and of the final departing of Arthur to the Vale of Avalon. The illustrations are taken from an edition of MORTE D'ARTHUR published in 1893 with which Aubrey Beardsley first made a name for himself at the age of twenty.