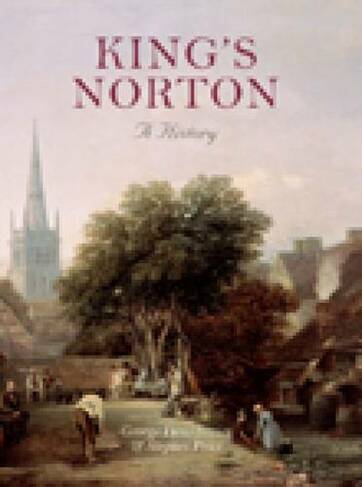 Standing in front of the former Saracen's Head Inn, with the tower and spire of St Nicolas church ahead, the visitor to King's Norton is presented with a classic image of the English village - a fine medieval church and a spectacular timber-framed house fronting a village green. Until 1911 King's Norton was part of Worcestershire and throughout the 19th century was recognised as one of the most picturesque villages in the county. When Worcestershire historian John Noake visited in 1854 he was enchanted by the ancient 'cross-timbered' houses around the Green, 'where pigs and geese, and donkeys, and boys with their hoops, and little girls with babies nearly as heavy as themselves have rejoiced in rustic felicity from time immemorial.' Yet even as Noake was describing this bucolic scene the signs of change and the growing influence of Birmingham were apparent; the population of the parish was increasing rapidly and factories with their attendant chimneys were being established in the Rea valley. The suburbs began to spread along the major roads from the 1930s and was followed by vast housing developments in the 1960s and 1970s. This comprehensive history explains how King's Norton developed from earliest times to become a small trading centre in the medieval period, with a high level of freedom, which was eventually dominated and swallowed up by its northern neighbour. Even today old trees remain from ancient hedgerows, medieval and later farmhouses have been preserved amongst the new estates, and the industrial archaeology of canals and factories provide evidence with the documentary sources to help us understand how landscape evolved and how people reacted to change. The book, which will certainly serve as the principal source for the history of this ancient manor and parish for many years to come, presents the findings of several decades of work on the history, topography, archaeology and architecture of King's Norton. Much of it is original and not previously

George Demidowicz is head of the conservation and archaeology team at Coventry City Council. Stephen Price was keeper of local history in the City Museum & Art Gallery in Birmingham.