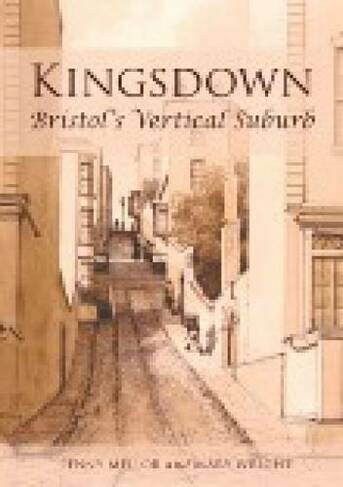 Kingsdown was built as Bristol's first planned suburb in the 18th century. At the time it was well know locally as the site of an important Civil War fortification and appreciated as an airy, green space just beyond the crowded medieval city. The land had once belonged to the Benedictine Priory of St James but Henry VIII's Dissolution resulted in the fragmentation of land ownership. The consequent sale of lands to wealthy entrepreneurs in the 16th and 17th centuries provides the first documented description of Kingsdown. The Georgian suburb which appeared during Bristol's golden age became increasingly fashionable, but economic collapse following the outbreak of war with France led to the financial ruin of many of the investors and developers. The Victorian and Edwardian periods were a time of consolidation, sanitary improvements and growing urbanisation, as Kingsdown was incorporated into the City of Bristol. Improved transport links and the attractions of the outer suburbs drew residents away from the inner areas and Kingsdown's social status slowly declined, its physical fabric subsequently deteriorating. A lack of maintenance, coupled with Second World War damage and the post-war zoning of the Kingsdown slopes for hospital expansion and municipal housing, resulted in the 1950s clearance of those houses deemed to be unfit. Passionate protests accompanied their destruction and are recalled in this lively illustrated account of a fascinating and singular area. The story ends on a positive note by celebrating the survival of the streets on the hilltop. The area's architectural qualities are the subject of growing appreciation and a vibrant community makes the care for Kingsdown's unique heritage a priority.