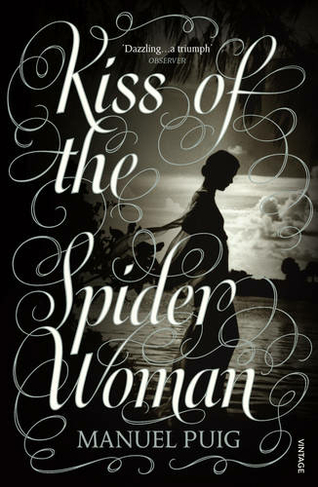 Kiss Of The Spider Woman

Sometimes they talk all night long. In the still darkness of their cell, Molina re-weaves the glittering and fragile stories of the film he loves, and the cynical Valentin listens. Valentin believes in the just cause which makes all suffering bearable; Molina believes in the magic of love which makes all else endurable. Each has always been alone, and always - especially now - in danger of betrayal. But in cell 7 each surrenders to the other something of himself that he has never surrendered before.

Manuel Puig was born in 1932 in a small town in the Argentine pampas. He studied philosophy at the University of Buenos Aires, and in 1956 won a scholarship from the Italian Institute in Buenos Aires and chose to pursue studies in film direction at the Cinecitta in Rome. There he worked in films until 1962, when he began to write his first novel. Exiled from Argentina, he settled in New York City in 1963. Puig's novels - Betrayed by Rita Hayworth, Heartbreak Tango, The Buenos Aires Affair, Kiss of the Spider Woman and Eternal Curse on the Reader of These Pages - have been translated into fourteen languages and secured his international reputation. He died in July 1990.