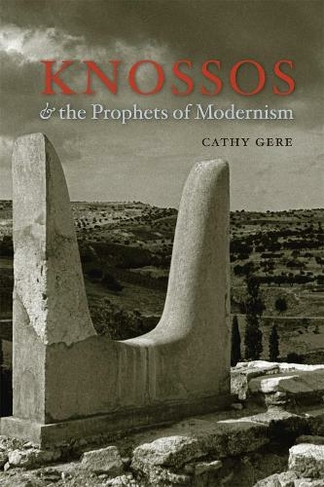 Knossos and the Prophets of Modernism

In the spring of 1900, British archaeologist Arthur Evans began to excavate the palace of Knossos on Crete, bringing ancient Greek legends to life just as a new century dawned amid far-reaching questions about human history, art, and culture. With Knossos and the Prophets of Modernism, Cathy Gere relates the fascinating story of Evans' excavation and its long-term effects on Western culture. After World War I left the Enlightenment dream in tatters, the lost paradise that Evans offered in the concrete labyrinth - pacifist and matriarchal, pagan and cosmic - seemed to offer a new way forward for writers, artists, and thinkers such as Sigmund Freud, James Joyce, Giorgio de Chirico, Robert Graves, and Hilda Doolittle. Assembling a brilliant, talented, and eccentric cast at a moment of tremendous intellectual vitality and wrenching change, Gere paints an unforgettable portrait of the age of concrete and the birth of modernism. 23 halftones

Cathy Gere is associate professor of history at the University of California, San Diego, and the author of The Tomb of Agamemnon.