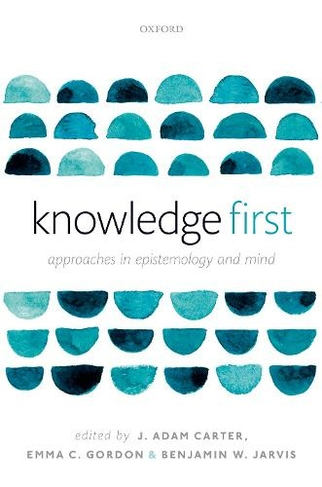 'Knowledge-First' constitutes what is widely regarded as one of the most significant innovations in contemporary epistemology in the past 25 years. Knowledge-first epistemology is the idea that knowledge per se should not be analysed in terms of its constituent parts (e.g., justification, belief), but rather that these and other notions should be analysed in terms of the concept of knowledge. This volume features a substantive introduction and 13 original essays from leading and up-and-coming philosophers on the topic of knowledge-first philosophy. The contributors' essays range from foundational issues to applications of this project to other disciplines including the philosophy of mind, the philosophy of perception, ethics and action theory. Knowledge First: Approaches in Epistemology and Mind aims to provide a relatively open-ended forum for creative and original scholarship with the potential to contribute and advance debates connected with this philosophical project.