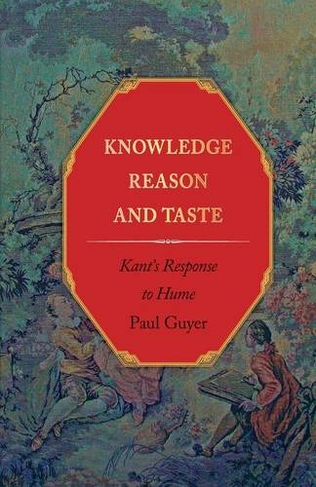 Immanuel Kant famously said that he was awoken from his "dogmatic slumbers," and led to question the possibility of metaphysics, by David Hume's doubts about causation. Because of this, many philosophers have viewed Hume's influence on Kant as limited to metaphysics. More recently, some philosophers have questioned whether even Kant's metaphysics was really motivated by Hume. In Knowledge, Reason, and Taste, renowned Kant scholar Paul Guyer challenges both of these views. He argues that Kant's entire philosophy--including his moral philosophy, aesthetics, and teleology, as well as his metaphysics--can fruitfully be read as an engagement with Hume. In this book, the first to describe and assess Hume's influence throughout Kant's philosophy, Guyer shows where Kant agrees or disagrees with Hume, and where Kant does or doesn't appear to resolve Hume's doubts. In doing so, Guyer examines the progress both Kant and Hume made on enduring questions about causes, objects, selves, taste, moral principles and motivations, and purpose and design in nature. Finally, Guyer looks at questions Kant and Hume left open to their successors.

Paul Guyer is professor of philosophy and the Florence R. C. Murray Professor in the Humanities at the University of Pennsylvania. The author of eight previous books on Kant, he is also general coeditor of The Cambridge Edition of the Works of Immanuel Kant.