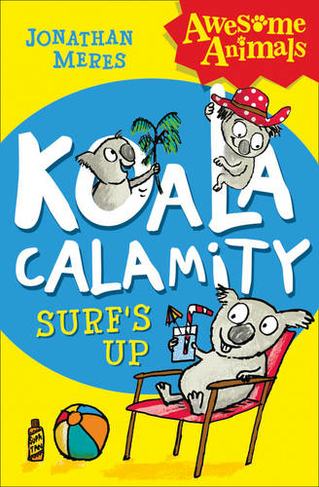 By Jonathan Meres (Author), Neal Layton (Illustrator)
Paperback
£6.55 rrp £7.99 Save £1.44 (18%)
GBP
Availability
In Stock
Free Delivery Available When You Spend £25 Or More
Details
Spend £25 On Products To Receive Free Standard Delivery To Your Home Or Free Next Day Click and Collect To Stores

The fifth animal in the hilarious AWESOME ANIMALS series - awesome adventures with the wildest wildlife. From the author of the hilarious WORLD OF NORM series comes the second crazy koala caper. Dude, Bro and Squirt are pros at doing...nothing. They can do nothing all day long - nothing but munch on their favourite treat, lie in the sunshine and think about moving. Their little sister, baby Squeak, is not quite so good at doing nothing. In fact she's got more energy than her brothers know what to do with! She's so lively that when the boys lose track of her they soon discover she's no longer in the tree tops...she's heading for the beach! Can they find Lil before the dingos do? What if she's swept off to sea? Or is little Lil a bit more like her brothers than they thought? Find out in a brand new KOALA CALAMITY!

Jonathan Meres is the author of the best-selling WORLD OF NORM series, the first of which was nominated for The Scottish Children's Book Awards in 2012. Born in Nottingham, he left school at 16 to join the merchant navy. Ever in search of adventure, he then became an ice cream van driver before moving to London to be a rock star. When that didn't work out Jonathan became an actor instead and later, a stand-up comedian. He won a Time Out Award for comedy and was nominated for The Perrier Award. He has written a wide variety of TV programmes for children, as well as radio for grown-ups, including his own series on Radio 4. He lives in Edinburgh where he enjoys being cynical. He has no cats.