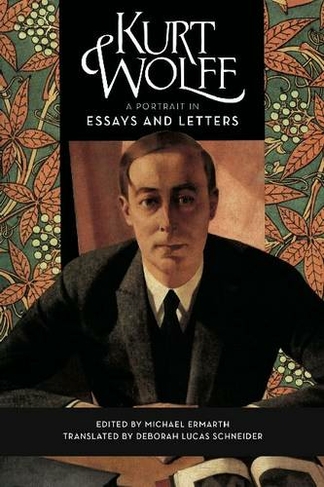 Kurt Wolff A Portrait in Essays and Letters

Kurt Wolff (1887-1963) was a singular presence in the literary world of the twentieth century, a cultural force shaping modern literature itself and pioneering significant changes in publishing. During an intense, active career that took him from Weimar Germany to New York City, where he founded Pantheon Books, Wolff nurtured an extraordinary array of writers, among them Franz Kafka, Lou Andreas-Salome, Boris Pasternak, Gunter Grass, Robert Musil, Paul Valery, Julian Green, Giuseppe Lampedusa, and Anne Morrow Lindbergh. His essays and letters, many published here for the first time in English, illuminate the complex relations - between publisher and author, publisher and editor, publisher and reading public - that work at their best, as in Wolff's case, to sustain culture. 2 halftones, 2 figures

Michael Ermarth is professor of history at Dartmouth College. Deborah Lucas Schneider is a prolific translator whose other projects have included Caligula: A Biography, by Aloys Winterling, and Florence and Baghdad: Renaissance Art and Arab Science, by Hans Belting.