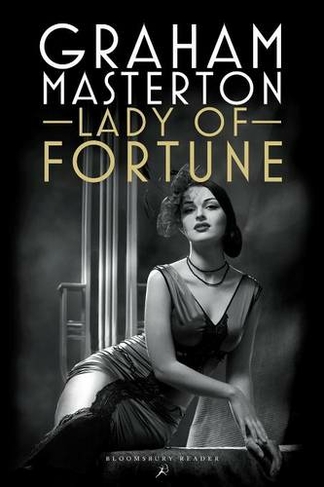 Also available on eBook for £12.47. Click here to purchase from Rakuten Kobo

They were shrewd and uncompromising, the Watsons, and all the arrogance and acumen with which old Tom Watson had built up the family's banking business was there in his children and grandchildren. Their methods were as aggressive as their lifestyle was opulent, and they could stab each other in the back or drive a competitor to ruin as calmly as a bank clerk counting out change. In time, their empire was to encompass the great financial capitals of the world. As it grew, so too did their power and influence. First published in 1984, Lady of Fortune is the story of the Watson family, and of the remarkable woman at its head. Graham Masterton has created a pulsating saga of seven decades of ambition and ruthlessness, of public feuding and private passions, of a will to succeed so powerful that not even the ties of kinship could hope to contain it.

Graham Masterton (born 1946, Edinburgh) is a British horror author. Originally editor of Mayfair and the British edition of Penthouse, Graham Masterton's first novel The Manitou was published in 1976 and adapted for the film in 1978. Further works garnered critical acclaim, including a Special Edgar award by the Mystery Writers of America for Charnel House and a Silver Medal by the West Coast Review of Books for Mirror. He is also the only non-French winner of the prestigious Prix Julia Verlanger for his novel Family Portrait, an imaginative reworking of the Oscar Wilde novel The Picture of Dorian Gray. Masterton's novels often contain visceral sex and horror. In addition to his novels, Masterton has written a number of sex instruction books, including How To Drive Your Man Wild In Bed and Wild Sex for New Lovers.