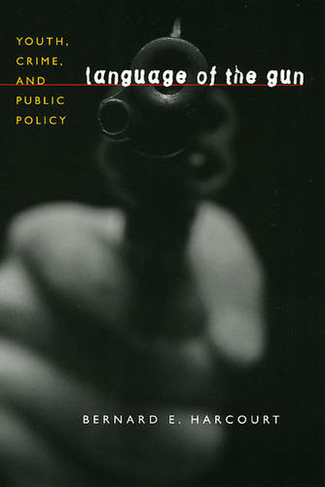 Legal and public policies concerning youth gun violence tend to rely heavily on crime reports, survey data, and statistical methods. Rarely is attention given to the young voices belonging to those who carry high-powered semiautomatic handguns. In "Language of the Gun", Bernard E. Harcourt recounts in-depth interviews with youths detained at an all-male correctional facility, exploring how they talk about guns and what meanings they ascribe to them in a broader attempt to understand some of the assumptions implicit in current handgun policies. In the process, Harcourt redraws the relationships among empirical research, law, and public policy. Home to over 150 repeat offenders ranging in age from twelve to seventeen, the Catalina Mountain School is made up of a particular stratum of boys - those who have committed the most offenses but will still be released upon reaching adulthood. In an effort to understand the symbolic and emotional language of guns and gun carrying, Harcourt interviewed dozens of these incarcerated Catalina boys. What do these youths see in guns? What draws them to handguns? Why do some of them carry and others not? For Harcourt, their often surprising answers unveil many of the presuppositions that influence our laws and policies. 3 halftones, 14 line drawings, 11 tables

Bernard E. Harcourt is professor of law at the University of Chicago. He is the author of Illusion of Order: The False Promise of Broken Windows Policing and the editor of Guns, Crime, and Punishment in America.