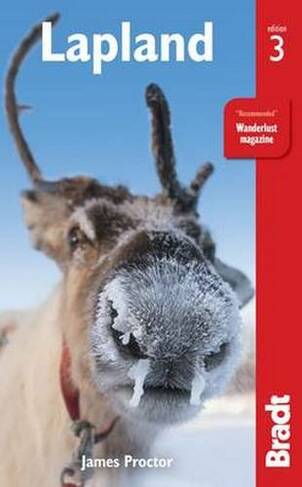 Now in its third edition, Bradt's Lapland is the only guidebook to this wintry wonderland. Spanning the northernmost fringes of Norway, Sweden and Finland, Lapland offers exciting winter and summer adventures. Take in the indigenous Sami culture, experience a husky safari or take a boat trip in search of killer whales. Scandinavia enthusiast James Proctor leads visitors across magical frozen scenery, from the world-famous ICEHOTEL and the stunning Laponia World Heritage area to the Arctic's midnight sun-24-hours of unbroken sunlight. Whether on an organized tour or travelling independently, Bradt's Lapland is the essential travel companion.

James Proctor is Bradt's very own Nanook of the North. For many people, the very thought of boarding a plane heading north is scary enough, but James actually chooses to spend much of his time above the 60th parallel. As the author of Bradt's Faroe Islands, Lapland and West Sweden guides, he's certainly used to snow, ice and howling wind! Yet, that is exactly the charm of the Nordic region - it's wild, it's unspoilt and it's relatively undiscovered. Planes that fly south are not really James's thing.James first came across all things Nordic as a student. After mistakenly wandering into a Swedish lecture, he soon realised that his native Yorkshire dialect, liberally laced with dozens of old Viking words, was going to make learning this off-beat Scandinavian language a doddle. And so began a love affair with Sweden, and indeed the other Nordic countries, which has endured to this day - 30 years or so later. As the BBC's Scandinavia correspondent in the 90s, James travelled widely across the Nordic countries and has since written no fewer than six travel guides to the region. Today he divides his time between the South of France, his beloved Yorkshire and his lakeside retreat deep in the Swedish forest.