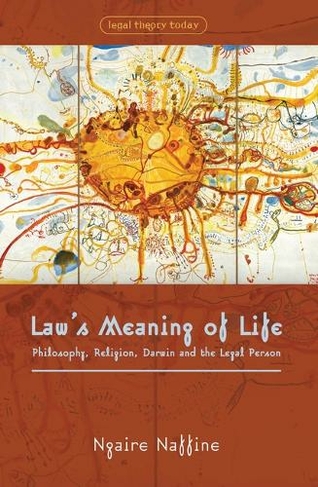 The perennial question posed by the philosophically-inclined lawyer is 'What is law?' or perhaps 'What is the nature of law?' This book poses an associated, but no less fundamental, question about law which has received much less attention in the legal literature. It is: 'Who is law for?' Whenever people go to law, they are judged for their suitability as legal persons. They are given or refused rights and duties on the basis of ideas about who matters. These ideas are basic to legal-decision making; they form the intellectual and moral underpinning of legal thought. They help to determine whether law is essentially for rational human beings or whether it also speaks to and for human infants, adults with impaired reasoning, the comotose, foetuses and even animals. Are these the right kind of beings to enter legal relationships and so become legal persons. Are they, for example, sufficiently rational, or sacred or simply human? Is law meant for them? This book reveals and evaluates the type of thinking that goes into these fundamental legal and metaphysical determinations about who should be capable of bearing legal rights and duties. It identifies and analyses four influential ways of thinking about law's person, each with its own metaphysical suppositions. One approach derives from rationalist philosophy, a second from religion, a third from evolutionary biology while the fourth is strictly legalistic and so endeavours to eschew metaphysics altogether. The book offers a clear, coherent and critical account of these complex moral and intellectual processes entailed in the making of legal persons.

Ngaire Naffine is Professor of Law at the University of Adelaide, Australia.