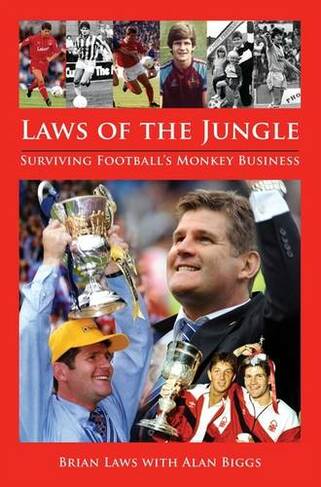 Brian Laws has played in all four professional divisions of English football. He has also managed at every level. And he spent six years playing under the most charismatic manager the English game has ever seen, the legendary Brian Clough. Yet even Cloughie was never at the centre of a bigger sensation than the day Laws, as a young manager in his first job, was embroiled in a dressing room bust-up that left his star striker with a broken cheekbone. Here, for the first time, Brian lifts the lid on his six years with Cloughie - and reveals what really happened on the night a certain Italian striker called Ivano Bonetti ended up in hospital, leaving his boss ambushed at home under siege from the media. It has never emerged, either - until now - that Laws also engaged in a bout of fisticuffs with one of Nottingham Forest's top stars of the Clough era. And got thanked by his boss for hitting the player concerned! Life in a football dressing room is never dull; they were fun times for Laws at the City Ground. However, there are also chilling reflections on being a Nottingham Forest player on the day of the Hillsborough Disaster. And of the replay anguish that left him the victim of a cruel put-down by John Aldridge, a star on whom Laws was later to exact revenge - using Bonetti as bait! In between times, Laws has been a Wembley winner, fulfilling all the boyhood dreams he nurtured at the famous Wallsend Boys Club. But above all, this is the story of a life in football and how to survive in it. His journey takes us through Burnley, Huddersfield, Middlesbrough, Nottingham, Grimsby, Scunthorpe, Sheffield and Burnley again. Along the way, Brian has endured career-threatening injuries, managerial bust-ups and, inevitably, being sacked. But there have been plenty of laughs and, besides, he has repeatedly bounced back into the fray. Why? Because, having grown up in the soccer hotbed of the North East, he loves a game that has always been at the centre of his soul. Brian is not, and would never claim to be, one of the biggest names. But this is one big read for anyone who shares his passion for football. ill