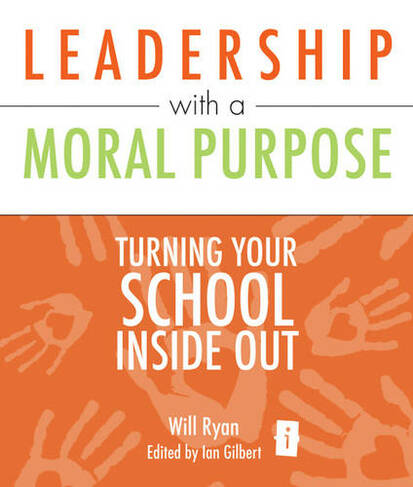 Leadership with a Moral Purpose: Turning Your School Inside Out

Leadership with a Moral Purpose gives all primary heads - aspiring, newly appointed or those who think 'there must be something more than this!' - the ideas, techniques, tools and direction to turn their schools 'inside-out' and inspire them to lead with the heart and with the soul. Too many schools these days are 'outside-in' schools, running to keep up with someone else's agenda or priorities. In this timely book, Will Ryan gives Heads the confidence to do those things they know are right because they are right for the children, right for the staff and right for the community.

Ian Gilbert is an educational speaker, award-winning writer and editor, innovator, entrepreneur and a man who the IB World magazine named as one of its top fifteen 'educational visionaries'. In 1994 he established the unique educational network Independent Thinking, whose Associates and pioneering books have influenced teachers, school leaders and young people all across the globe. Ian has a unique perspective on education and society, having lived and worked in the UK, the Middle East, South America, Asia and, now, the Netherlands.Will Ryan has worked in schools in Rotherham, South Yorkshire for over thirty years as a teacher, head teacher and Local Authority Adviser. As a head teacher he led a school that prized itself on genuine pupil creativity and was described by Ofsted as 'outstanding'. He is a speaker and Associate of Independent Thinking Ltd.