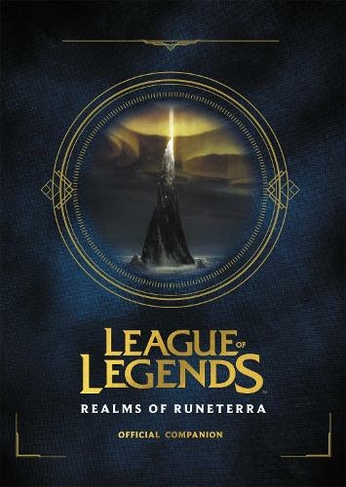 Embark on a journey through the realms of Runeterra in this first-ever collectable companion book, published to celebrate the game's tenth anniversary. Spanning the farthest reaches of this universe and venturing into uncharted territory, this encyclopedic compendium connects players to the rich storytelling that inspires all the action. Inside, you'll find: An expedition through eleven regions, chronicling conflicts, entrenched rivalries, and covert alliances Hundreds of illustrations, including never-before-seen maps and artwork Insights into the heroes, flora, fauna, architecture, politics and technologies from all corners of this world Original narratives that bring the cultures of Runeterra to life League of Legends is an online game played by millions of people around the world, offering endless engagement with an expanding roster of champions, frequent updates, and a thriving e-sports scene. This volume is an essential reference for fans everywhere.

Riot Games was founded in 2006 to develop, publish and support games made by players, for players. In 2009, Riot released its debut title, League of Legends, to worldwide acclaim. League has gone on to be the most-played PC game in the world and a key driver of the explosive growth of esports. Players are the foundation of Riot's community and it's for them that Riot continues to evolve the League experience both in and out of game.