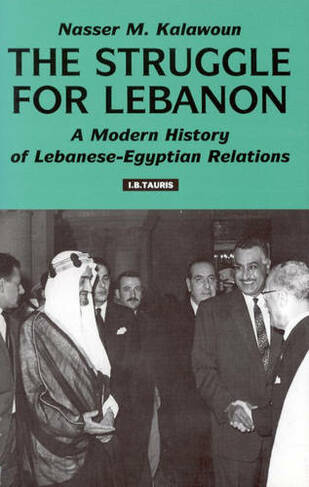 Lebanon has occupied a pivotal position in Middle East politics since the Second World War. Viewed as the "Pearl of the Orient" by Western governments and others with whom it had close relationships, Lebanon was faced with Egyptian hegemony and the tide of pan-Arab nationalism during Nasser's rule in Cairo. In the late 1950s and 1960s Lebanese leaders of all persuasions faced the constant fear of being swallowed into an Arab-Muslim superstate after the union of Syria and Egypt in 1958. Lebanese-Egyptian relations during the period 1952-70 passed through several phases but the main theme was uneasy co-operation, with Lebanon holding on to an independent role with the strong support of the US before Lebanese politics became engulfed in civil war in the 1970s.

Nasser Kalawoun is a freelance journalist and translator.