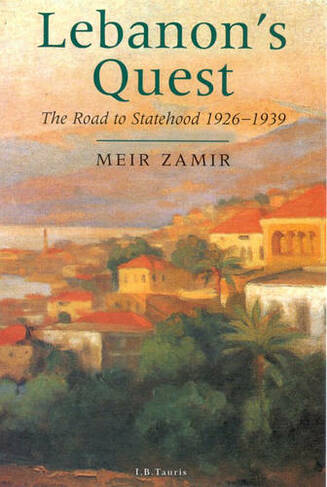 Lebanon's Quest: The Search for a National Identity

Lebanon's unique political system and its laissez-faire political economy took shape during the period between the two great wars. Based on hitherto unstudied material, this work examines the inter- and intra-sectarian relations in Lebanon against the backdrop of the conflicting pressures from Damascus and Paris, the stands of the Christians and Muslims towards the Lebanese state, the ideological and political trends that emerged within each community and the rise of the political and economic elites in Beirut. It also analyzes Lebanese politics in the wider context of the Franco-Syrian confrontation, France's Middle East policy, the roots of Syria's hostility towards the Lebanese state and the attempts of its leaders to link it politically to Syria. 1 map

Meir Zamir teaches in the departments of Middle Eastern Studies and Business Administration at Ben-Gurion University of the Negev.