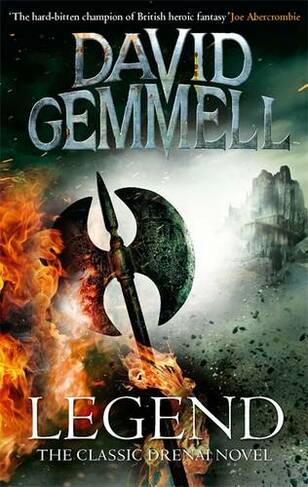 'THE HARD-BITTEN CHAMPION OF BRITISH HEROIC FANTASY' - Joe Abercrombie 'HEROISM AND HEARTBREAK . . . GEMMELL IS ADRENALINE WITH SOUL' - Brent Weeks His name is Druss The stories of his life are told everywhere. But the grizzled Drenai veteran has spurned a life of fame and fortune and retreated to the solitude of his mountain lair. The fortress is Dros Delnoch And it is the only route through the mountains for the invading army of the Nadir. The fortress was once the Drenai's greatest stronghold - now it will be their final battleground. And Druss their last hope. Legend is the classic Drenai novel from the British master of heroic fantasy, a powerful tale of courage and sacrifice in the face of overwhelming odds. Novels by David Gemmell The Drenai series Legend The King Beyond the Gate Waylander Quest For Lost Heroes Waylander II: In the Realm of the Wolf The First Chronicles of Druss the Legend Jon Shannow series Wolf in Shadow The Last Guardian Bloodstone Stones of Power Ghost King Last Sword of Power Hawk Queen series Ironhand's Daughter The Hawk Eternal Ancient Greece novels Lion of Macedon Dark Prince Other novels Knights of Dark Renown Morningstar

David Gemmell's first novel, Legend, was published in 1984 and he was widely acclaimed as Britain's king of heroic fantasy. He died in July 2006.