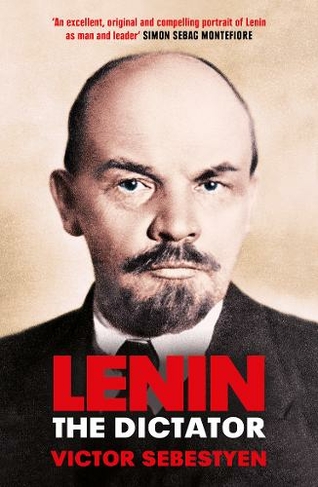 By Victor Sebestyen (Author)
Paperback
£9.01 rrp £10.99 Save £1.98 (18%)
GBP
Availability
In Stock
Free Delivery Available When You Spend £25 Or More
Details
Spend £25 On Products To Receive Free Standard Delivery To Your Home

'A fresh, powerful portrait of Lenin' Anne Applebaum, author of Red Famine 'Richly readable ... An enthralling but appalling story' Francis Wheen, author of Karl Marx The cold, one-dimensional figure of Lenin the political fanatic is only a partial truth. Drawing on extensive material that has only recently become available, Sebestyen's gripping biography casts an intriguing new light on the character behind the politics. In reality, Lenin was a man who loved nature as much as he loved making revolution, and his closest relationships were with women. He built a state based on terror. But he was a highly emotional man given to furious rages and deep passions. While never ignoring the politics, Sebestyen examines Lenin's inner life, his relationship with his wife and his long love affair with Inessa Armand, the most romantic and beguiling of Bolsheviks. These two women were as significant as the men - Stalin or Trotsky - who created the world's first Communist state with him. 16pp b&w

Victor Sebestyen is the acclaimed author of TWELVE DAYS, REVOLUTION 1989 and 1946. He was born in Budapest, and was a child when his family left Hungary as refugees. As a journalist, he has worked for numerous British newspapers, including the EVENING STANDARD, DAILY MAIL and THE TIMES. He reported widely from Eastern Europe when Communism collapsed and the Berlin Wall came down in 1989. He covered the wars in former Yugoslavia and the breakup of the Soviet Union. At the EVENING STANDARD he was foreign editor, media editor and chief leader writer. He is an associate editor of NEWSWEEK.