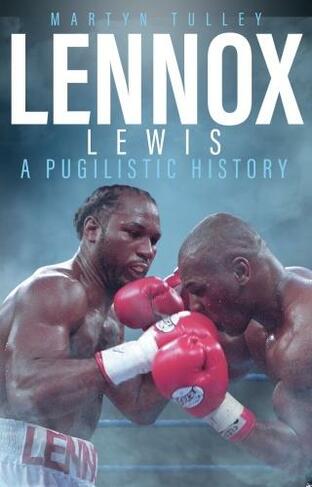 Hardback
https://www.whsmith.co.uk/products/lennox-lewis-a-pugilistic-history/hardback/9781785313295-12-000.html £15.19 rrp £18.99 Save £3.80 (20%)
GBP
Availability
In Stock
Free Delivery Available When You Spend £25 Or More
Details
Spend £25 on eligible products to receive free standard delivery to home or free next working day click and collect to store
Share

Skill, power, fitness, determination to succeed. Lennox Lewis had it all as a boxer, and sure enough the great British-born fighter achieved his aim of becoming heavyweight champion of the world - but his journey toward that goal was never straightforward. Lewis burst on to the scene winning super-heavyweight gold for Canada at the 1988 Seoul Olympic Games. He then opted to turn pro in the country of his birth. 'The Lion' struggled to convince the British public he was champion material. But fights with the likes of Oliver McCall, Hasim Rahman, Evander Holyfield, Mike Tyson and Vitali Klitschko changed their minds. Lewis became the first British world heavyweight champion since Bob Fitzsimmons in 1899. In turn, A Pugilistic History is not a traditional biography. Instead, it offers expert insight into every one of Lewis's 44 professional contests, as well as events outside the ring in the life of the self-styled 'Pugilistic Specialist' - a fighter whose popularity and appreciation has rocketed skywards since his retirement. Colour photo section

Hailing from Oldham, Martyn Tulley has a long history of boxers in his family, and a keen interest and expertise in the heavyweight division. Lennox Lewis: A Pugilistic History is his first book.