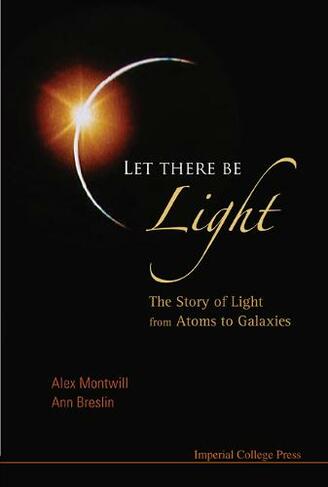 Let There Be Light: The Story Of Light From Atoms To Galaxies

This book is the first of its kind to devote itself at this level to the key role played by light and electromagnetic radiation in the universe. Readers are introduced to philosophical hypotheses such as the economy, symmetry, and universality of natural laws, and are then guided to practical consequences such as the rules of geometrical optics and even Einstein's well-known but mysterious relationship, E = mc2. Most chapters feature a pen picture of the life and character of a relevant scientific figure. These "Historical Interludes" include, among others, Galileo's conflicts with the Inquisition, Fourier's taunting of the guillotine, Neils Bohr and World War II, and the unique character of Richard Feynman.Going one step beyond the popular level, this easy-to-read book gives an overall view to undergraduate and postgraduate physics students that is often missing when trying to assimilate the technical details of their courses. Through its original treatment of topics and enjoyable style of writing, it will also stimulate keen interest in general readers who are interested in science and have a basic mathematics background as well as teachers looking for basic and accurate background information.