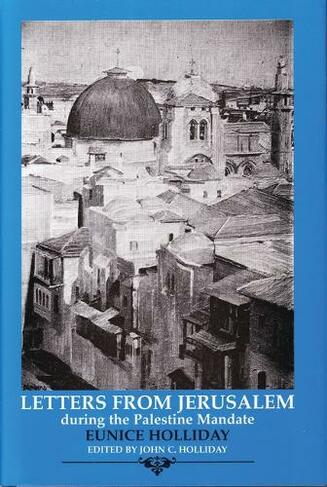 Jerusalem in the inter-war period lay between the ancient rule of the Ottoman Empire and the creation of the modern State of Israel, between a relatively poor and under-developed city, steeped in old ways, and a modern metropolis. Into the intervening period came the British Mandate, restoring the old city, controlling the new, and living with the political and rioting consequences of the Balfour Declaration which promised the Jews a homeland. Cliff and Eunice Holliday came to Jerusalem in 1922. Cliff, an architect and town planner, had the tasks of restoring part of the old city, building control outside, the preparing of a town plan, and he was later to design several new public buildings. Eunice wrote home regularly to her mother, and her letters give an account of everyday life, portraying a city at a critical time in its history. This book contains the letters Eunice wrote during that time. halftones, maps, notes, bibliography, index