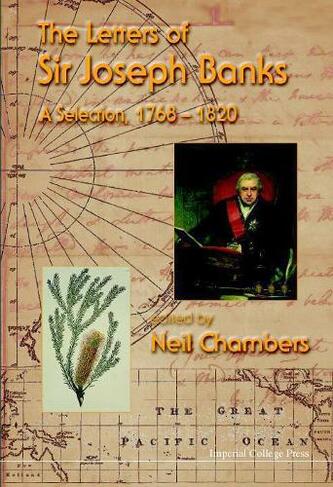 Sir Joseph Banks was man of science, of affairs, and of letters. He circumnavigated the globe with Lieutenant James Cook on H.M.S. Endeavour, 1768-1771, taking with him a team of naturalists, illustrators and assistants at a personal cost of GBP10,000. Together they made unprecedented collections of flora and fauna in many of the places H.M.S. Endeavour visited. Banks also led the first British scientific expedition to Iceland in 1772. Later, he settled in London, and assembled an enormous library and herbarium at 32 Soho Square. His collections were remarkable both for their size and for the unique material from the Pacific they contained. In 1778, Banks was elected President of the Royal Society, a position he held for over 41 years - the longest anyone has served in that capacity. As President he fostered enlightened relations between scientists across Europe throughout a period of conflict and turbulent change. He was also Special Director of the Royal Botanic Gardens at Kew, which flourished under his control, becoming greater than any other. Voyages of discovery were mounted with his help to explore new lands, to obtain and move plants from one part of the world to another, and to further British interests abroad. He was also an influential privy councillor, and an advisor to George III and successive governments.Banks was at the scientific and social centre of Georgian life for more than five decades. As such he developed a global network of correspondence, using letters to further knowledge, and ultimately to shape events in the cause of empire. He suggested the possibility of establishing colonies on the east coast of Australia, and then he actively supported them for the remainder of his life. He has therefore been regarded by some as the 'Father of Australia'. Furthermore, in the Napoleonic Wars he acted to save the population of Iceland when its trade was seized by the British. His views could hardly be avoided on matters of botany or horticulture, drainage or agriculture, on coinage, exploration or science in general. Yet he was a warm, authoritative writer with a direct, flowing prose style. His letters make fascinating reading for their variety, as well as the insight into his public and private life they provide.This selection is made from the remaining 6,000 letters Banks wrote, and will introduce many readers to a deeply impressive figure, who is rapidly being recognized as one of the great men of his age.More details about the Sir Joseph Banks Archive Project can be found at www.nhm.ac.uk/hosted_sites/banks/.