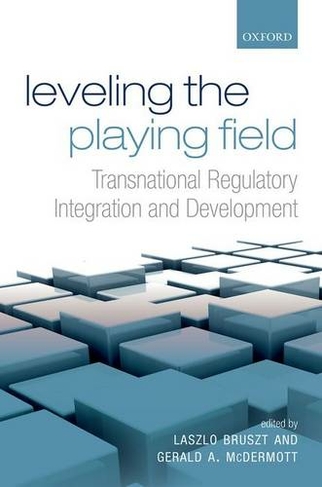 Emerging market countries are currently facing the dual challenge of incorporating transnational regulations into their societies while building their own versions of regulatory capitalism. This raises a multitude questions and challenges. Will the diffusion of international public and private regulations of developed countries, benefit a few and marginalize less developed countries? Or, can these regulations foster transnational public-private experiments to improve local regulatory capacities and social conditions? What kinds of strategies might facilitate or impede both transnational regulatory integration and local institutional upgrading? This book offers a fresh perspective in reconciling the seemingly incompatible goals of transnational integration and development. It offers a new analytical framework and a set of case studies that help forge a comparative analysis of integration and development. It offers both the identification of the mechanisms that can foster lasting transnational integration settlements and broad based domestic institutional and economic upgrading. This multidisciplinary study draws on current research from many leading scholars. They analyse issues in a variety of regions around the world and in industries and domains ranging from food safety, manufacturing, telecommunications, finance, as well as labour and environmental rights. The chapters reveal concrete lessons for scholars and practitioners alike, around the different roles and strategies that governments, the multilaterals, firms, and NGOs can take, to facilitate the integration of international standards, improve domestic institutions, and expand the benefits to a great variety of local groups.

Laszlo Bruszt is Professor of Sociology at the Department of Social and Political Sciences of the European University Institute, Firenze. His earlier research on the economic and political transformation in the post-communist countries resulted in several scholarly articles and the award-winning book (with David Stark) Post-Socialist Pathways. His current work on the interplay between transnationalization, institutional development and economic change has resulted inarticles in such scholarly journals as Review of International Political Economy and Studies in Comparative International Development as well as the edited volume (with Ronald Holzhacker) The Transnationalization of States, Economies and Civil Societies. New Modes of Governance in Europe (Springer,2009).Gerald A. McDermott is Associate Professor of International Business at the Darla Moore School of Business of the University of South Carolina and is a Senior Research Fellow at IAE Business School in Argentina. He was previously Assistant Professor of Multinational Management at the Wharton School of Business. He specializes in international business and political economy, mainly on issues of institutional change, innovation, risk, and corporate strategy in emerging market countries,particularly East-Central Europe and Latin America. His book, Embedded Politics: Industrial Networks and Institutional Change in Post-Communism (University of Michigan Press, 2002), was a finalist for APSA's 2003 Woodrow Wilson Foundation Award for the Best Book on government, politics, and internationalaffairs.