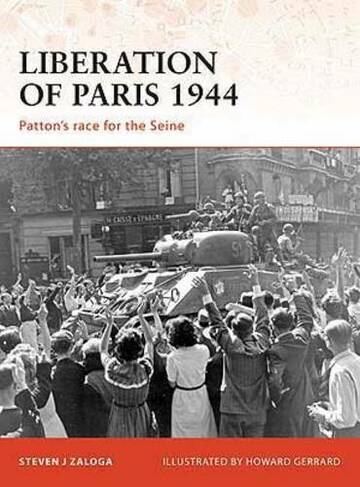 Liberation of Paris 1944: Patton's Race for the Seine (Campaign)

By Steven Zaloga (Author), Howard Gerrard (Illustrator)
Paperback
https://www.whsmith.co.uk/products/liberation-of-paris-1944-pattons-race-for-the-seine-campaign/steven-zaloga/howard-gerrard/paperback/9781846032462-01-000.html £14.71 rrp £15.99 Save £1.28 (8%)
GBP
Availability
Currently unavailable. We don't know when or if this item will be back in stock
Free Saver Delivery on orders over £20
Details
FREE SHIPPING over £20 for Saver Delivery
Share

Steven J. Zaloga was born in 1952, received his BA in history from Union College, and his MA from Columbia University. He has published numerous books and articles dealing with modern military technology, especially armoured vehicle development. His main area of interest is military affairs in the former Soviet Union and Eastern Europe in World War II, and he has also written extensively on American armored forces. The author lives in Abingdon, MD.