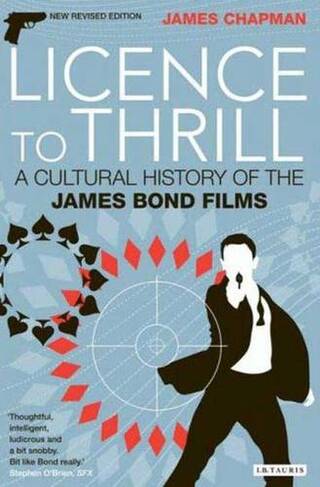 "Licence to Thrill" follows Bond from the 1962 'Dr No', through all the subsequent Bond films, exploring them within the culture and politics of the times, as well as within film culture itself. When James Chapman's rip-roaring journey through the annals of celluloid Bond first appeared in 2000, the London "Evening Standard" said, 'Chapman demonstrates that there is more to the 007 franchise than just girls, guns and globe trotting', and Stephen O'Brien, writing in "SFX" magazine called the book 'thoughtful, intelligent, ludicrous and a bit snobby. Bit like Bond, really.' "Licence to Thrill" went on to establish itself as one of the best books on Bond, and one that has made readers think in new ways about 007. For this new edition, Chapman has now brought the story right up to the present, with a revised Introduction, a new Chapter One and, most importantly, full coverage of Brosnan as Bond in "The World is Not Enough" and "Die Another Day", as well as, of course, a brand new chapter on "Casino Royale" and Daniel Craig's new-look Bond.

James Chapman is Professor of Film at the University of Leicester. An acclaimed writer on cinema and television, his books include, 'The British at War: Cinema, State and Propaganda, 1939-1945' (IBT, 1998); 'Cinemas of the World: Film and Society from 1895 to the Present' (Reaktion, 2003); 'Past and Present: National Identity and the British Historical Film' (IBT, 2005); and 'Inside the Tardis: The Worlds of Doctor Who' (IBT, 2006).