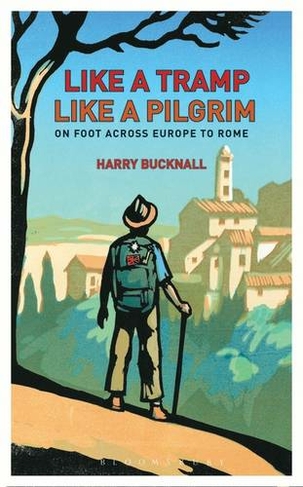 Watching in disbelief as his computer was struck by lightning in 2007, Harry Bucknall had no idea that the subsequent trail of events would lead him to Rome - five years later, on foot. Following the Via Francigena, the ancient pilgrim path that dates back nearly two thousand years, Harry walks through England,France, Switzerland and Italy weaving a historical tapestry liberally coloured with tales of angels and saints, emperors and kings and war and revolution. He uncovers a little known route that leads him through vineyards and villages, towns and cities and over rivers and mountains to the heart of the Eternal City, Saint Peter's Basilica. Like A Tramp, Like A Pilgrim is a joyous journey of Elizabethan proportion filled with anecdote, adventure and mishap as Harry encounters the changing faces of a landscape suffused with history; yet his journey is perhaps most enriched by the extraordinary stories of those he meets - fellow pilgrims and locals alike - along the way.

Harry Bucknall was born in 1965 and brought up in Dorset. Travel has been an indelible part of his life since early childhood summers spent exploring the Poole Harbour archipelago in a Mirror dinghy. Educated at Harrow and the Royal Military Academy, Sandhurst, he served as a regular officer in the Coldstream Guards. As a freelance travel writer, he has contributed to both the international and national press. Harry's first book, In the Dolphin's Wake, about his journey from Venice to Istanbul through the Greek Islands, was published in 2011.