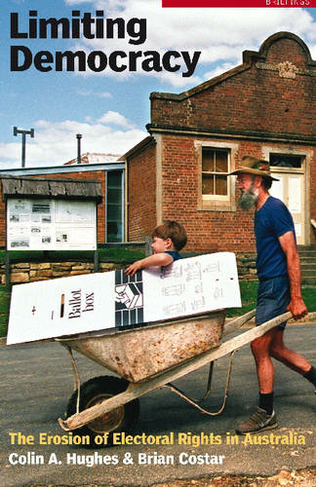 Limiting Democracy The Erosion of Electoral Rights in Australia

The right to vote is the most precious democratic entitlement, and Australia has a proud tradition of recently introduced legislation will effectively disenfranchise over 200,000 voters in future federal elections - many of them first-time voters - by closing the electoral roll as soon as an election is announced. The new law will also prevent all prisoners from voting, despite a number of recent human rights cases overseas that have asserted the right of incarcerated citizens to participate in the democratic process. The federal government asserts that the present arrangements encourage electoral fraud and could affect the outcome of voting in key seats. Yet its solution - which would deprive many young voters of an opportunity to cast a vote - is much more likely to effect election results. The legislation, and other mooted changes to electoral laws, threatens the most basic democratic right, the right to vote. This book describes the main features of the Australian system since the major reform of electoral law in 1983, and looks at which elements are under threat. Contrasting the existing Australian electoral laws with the fragmented, politicised system in the United States, Brian Costar and Colin A. Hughes argue that rather than watering down democratic rights we need to strengthen the key features of our electoral system and enhance the independence of the Australian Electoral Commission.

Colin A. Hughes is emeritus professor of politics at the University of Queensland. His distinguished career includes a period as the first Australian Electoral Commissioner, and he has published widely on Australian politics and electoral bahaviour. Brian Costar is professor of parliamentary democracy at Swinburne University. A frequent contributor to broadsheet newspapers and ABC Radio, he has written or co-edited a large number of books including Rebels With a Cause (UNSWP 2004) and the best-selling The Kennett Revolution (UNSWP 1999).