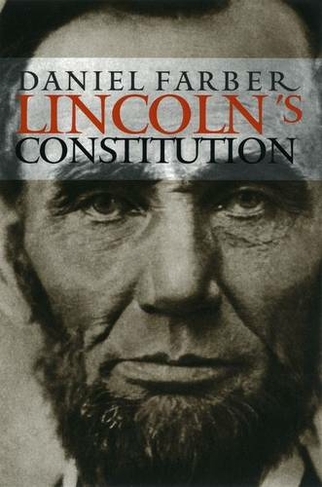 The Civil War brought pressure on the Constitution that had never been seen before and hasn't been seen since, testing it in much the same way as an engineer tests his materials to destruction to assess their structure. Did the South have the right to secede? Did Abraham Lincoln trample on the Bill of Rights? Can the president go to war without congressional approval? What is the nature of the Union, and what are the limits of states' rights? Forced to confront these issues during the Civil War, Lincoln ran squarely into the conflicts and the issues at the heart of our constitution, issues that remain with us today. Daniel Farber's purpose in "Lincoln's Constitution" is to lead the reader to understand exactly what Lincoln did, what arguments he made in defence of his actions, and how his words and deeds fit into the context of the times. Farber sets the constitutional problems that arose during Lincoln's term within their historical moment, as illuminated by recent work by historians, and investigates how well Lincoln's views hold up today - over a century later. The answers are crucial not only for a better understanding of the Civil War but also for shedding light on issues that the courts struggle with now: state sovereignty, presidential power, and national security limitations on civil liberties. The first book in over 75 years to evaluate Lincoln's legal legacy comprehensively, "Lincoln's Constitution" is a blend of history and constitutional thought. Written for the intelligent reader, its insights speak urgently to us as our nation again finds itself in a time of danger and the limits of constitutional law are once more being tested.