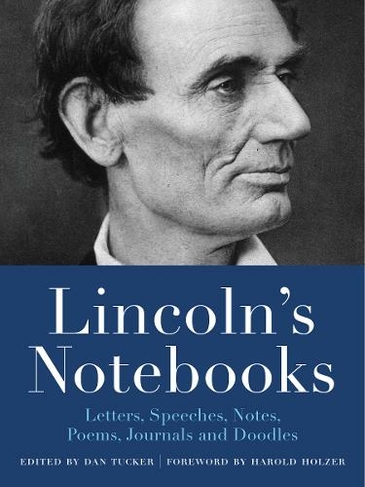 In addition to being one of the most admired and successful politicians in history, Abraham Lincoln was a gifted writer whose speeches, eulogies, and addresses are quoted often and easily recognized all around the world. The writings in this collection span from his early years in Indiana, to his time as a lawyer and a congressman in Illinois, to his final years in the White House. Arranged chronologically into topics such as family and friends, the law, politics and the presidency, story-telling, religion, and morality, Abraham Lincoln's Notebooks includes his famous letters to Ulysses S. Grant, Horace Greeley, and Henry Pierce as well as personal letters to Mary Todd Lincoln and his note to Mrs. Bixby, the mother who lost five sons during the Civil War. Also included are full texts of the Gettysburg Address, the Emancipation Proclamation, both of Lincoln's inaugural addresses, and his famous "A House Divided" speech. Rarely seen writings like poetry he composed as teenager, candid notes he left on the back of letters (sometimes displaying humor or even annoyance), and scraps of notes that he kept in the inside lining of his top hats (particularly during his years as a lawyer in Illinois) give insight into Lincoln's personality and private life. 75 b/w illustrations

Dan Tucker is a writer and editor living in Brooklyn. He is the founder of Sideshow Media, a New York-based independent producer of books and digital content focused on history, the arts, pop culture, and travel.Harold Holzer is a scholar of Abraham Lincoln and the political culture of the American Civil War Era. He won the Gilder Lehrman Lincoln Prize and four other awards in 2015 for his book, Lincoln and the Power of the Press.